Did you know that the Genesis story of Abraham and Isaac is one of the outstanding internal proofs that the Bible has been given to us by God? It is well established that this story was in the hands of the Jews long before the time of Jesus Christ – and yet it contains undeniable evidence that all that happened to Jesus was predicted in this story long ago. Not only so, as we shall see, the New Testament writers also understood this. In this article, I’m going to tell you the story of these two men. It will all climax in the events of Genesis 22 – a story about a father and son who went to Jerusalem together so that the son might be sacrificed there and the promise might be certain.

You may be guessing by now, that the story of Abraham and Isaac has a lot to do with Jesus Christ and his Father. There’s no doubt about it! So let’s begin by summarizing the important points here:

1. Isaac would never have been conceived if it hadn’t been for Divine intervention

The story of Isaac’s conception and birth is truly a miracle – and it was all because of a promise. This promise was first given in Genesis 12:7 where God said to Abraham “to your offspring I will give this land” – the land of Israel. In Genesis 13:15 more information is provided: “all the land that you see I will give to your and your offspring forever“.

But there was a problem! Sarah had been barren – unable to have children. To exacerbate the problem, time continued to pass, and eventually Sarah was past the age of childbearing. So by the time Abraham and Sarah were elderly people and yet without an heir, Abraham began to question God “what can you give me since I remain childless” (15:2).

When Abraham was 86 years old, he tried to take matters into his own hands by having a child with a bondwoman, Hagar. Thirteen years later, when Abraham was 99 years old, God said to him “as for Sarai your wife, her name will now be Sarah. I will bless her and I will surely give you a son by her; she will be the mother of nations. Sarah will bear you a son and you will call him Isaac. I will establish my covenant with him.” So at the grand age of 90, Sarah gave birth to the promised child.

In a very real sense, Isaac would never have been born had it not been for a promise that God made. Like Jesus Christ who would come much later, his conception and birth was miraculous. 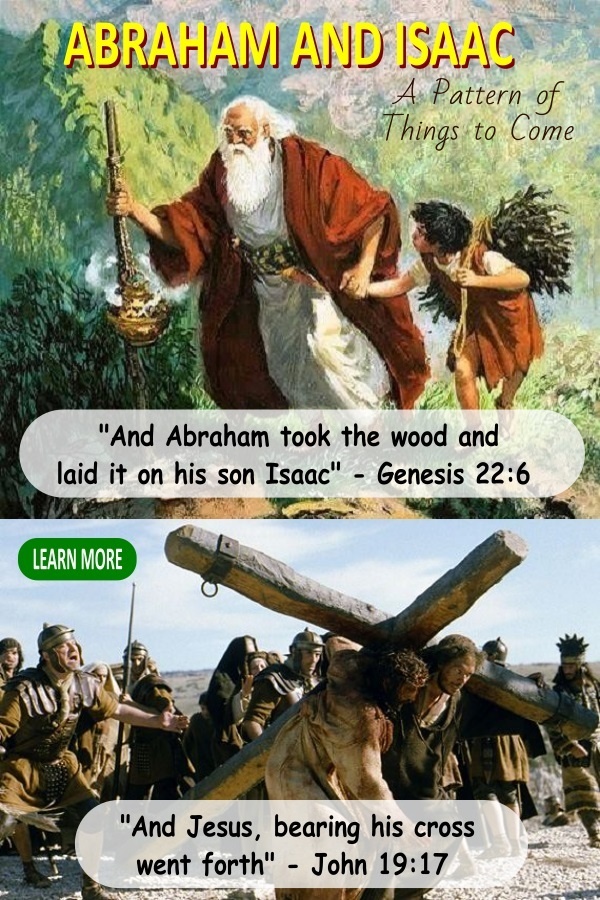 2. Isaac is called a child of promise (i.e. the Promised One)

Abraham had more than one son. He also had Ishmael through natural procreation with an Egyptian servant woman named Hagar. Abraham had hoped that the promise that God had previously given him – that in his “seed” (i.e. son, descendant) “all families of the earth would be blessed” – would be fulfilled through Ishmael, but this was not to be. God revealed that the son would come from Sarah’s womb and that he would be the promised, or chosen, one – “in Isaac shall your seed be called”.

3. There came a time when Abraham (the Father) was asked to go with his son, to the land of Moriah, and there, “the son” would be offered as a burnt offering.

So now we have the setting – a child was miraculously conceived in fulfillment of a promise, the terms of which included a blessing for “all families of the earth” and an eternal inheritance of the land of Israel. Before this blessing could be secured unconditionally, Abraham was once again put to the test. “Take your son, your only son, whom you love, and go to the region of Moriah and offer him there for a burnt offering on a mountain that I will show you”.

As far as the location was concerned, many years later, King Solomon began to build the temple of the LORD on Mount Moriah – one of the mountains around Jerusalem. The Burnt Offering (Heb. “olah” = “ascending” offering) In the Law of Moses represented perfection and when offered in sacrifice, complete and perfect dedication to God.

Was God just being cruel and barbaric here? Was He capriciously demanding human sacrifice? Or was there something much bigger going on – something that was being orchestrated for the ultimate benefit of thousands of believers in the distant future, when all would become clear and these believers would have a solid basis for believing in God?

So Abraham and Isaac, the Father and the Son on whom the promises rested, went “both of them together” to Jerusalem with the intention that the Son would be offered as a sacrifice.

For those who know the story, it never came to that. As Abraham raised his knife in the air, fully intending to slay his son, we are told by the New Testament writer to Hebrews what he was thinking:

“By faith Abraham, when God tested him, offered Isaac as a sacrifice. He who had embraced the promises was about to sacrifice his one and only son, even though God had said to him, “It is through Isaac that your offspring will be reckoned.” Abraham reasoned that God could even raise the dead, and so in a manner of speaking he did receive Isaac back from death.” (Hebrews 11:17-19) 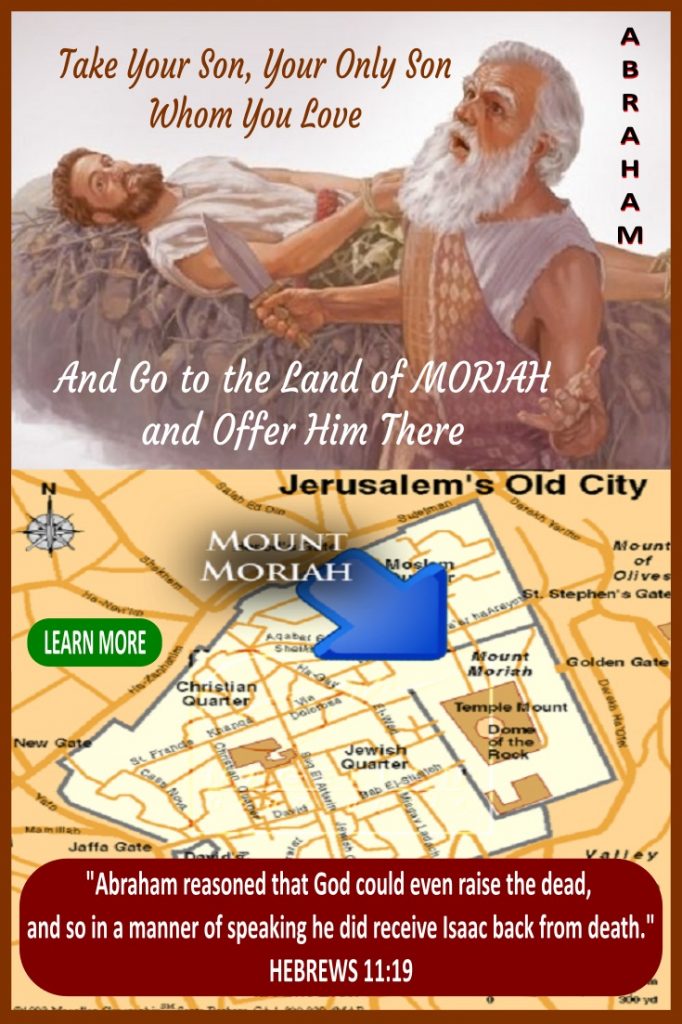 Abraham and Isaac – A Parable of Jesus Christ

So let’s put it all together. The birth of Isaac was a miracle. He was chosen beforehand by God to be the one on whom the promise that He gave to Abraham rested – “your offspring will inherit this land forever and in you, all families of the earth will be blessed”. The “other son” who was born by natural procreation, was not the chosen one, but the child of promise was. When this child became a man, God required the enactment of a drama that became both a supreme test of Abraham’s faith and at the same time, a parable foretelling the sacrifice of Jesus in the land of Moriah – Jerusalem.

When all this was done, God reaffirmed the promise he had given Abraham, but this time with an oath. “I swear by myself” declares the LORD, “that because you have done this …. I will surely bless you”. When God swears by Himself, the matter is certain and unchangeable. There is no going back; no changing of His mind. So we can read this story now, feeling a sense of gratitude that God has provided us with yet more evidence that He has been in control all along – that it was all part of a great longer-term plan.

No wonder the Apostle Paul could tell the Galatians: “And the scripture, foreseeing that God would justify the nations through faith, preached beforehand the gospel to Abraham, saying ‘In you, all nations will be blessed'”

And again, “if you are Christ’s then are you Abraham’s offspring and heirs according to the promise” (Gal. 3:8, 29). 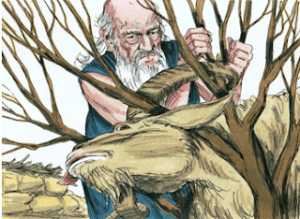 Ram Caught in the Thicket Offered Instead of Isaac